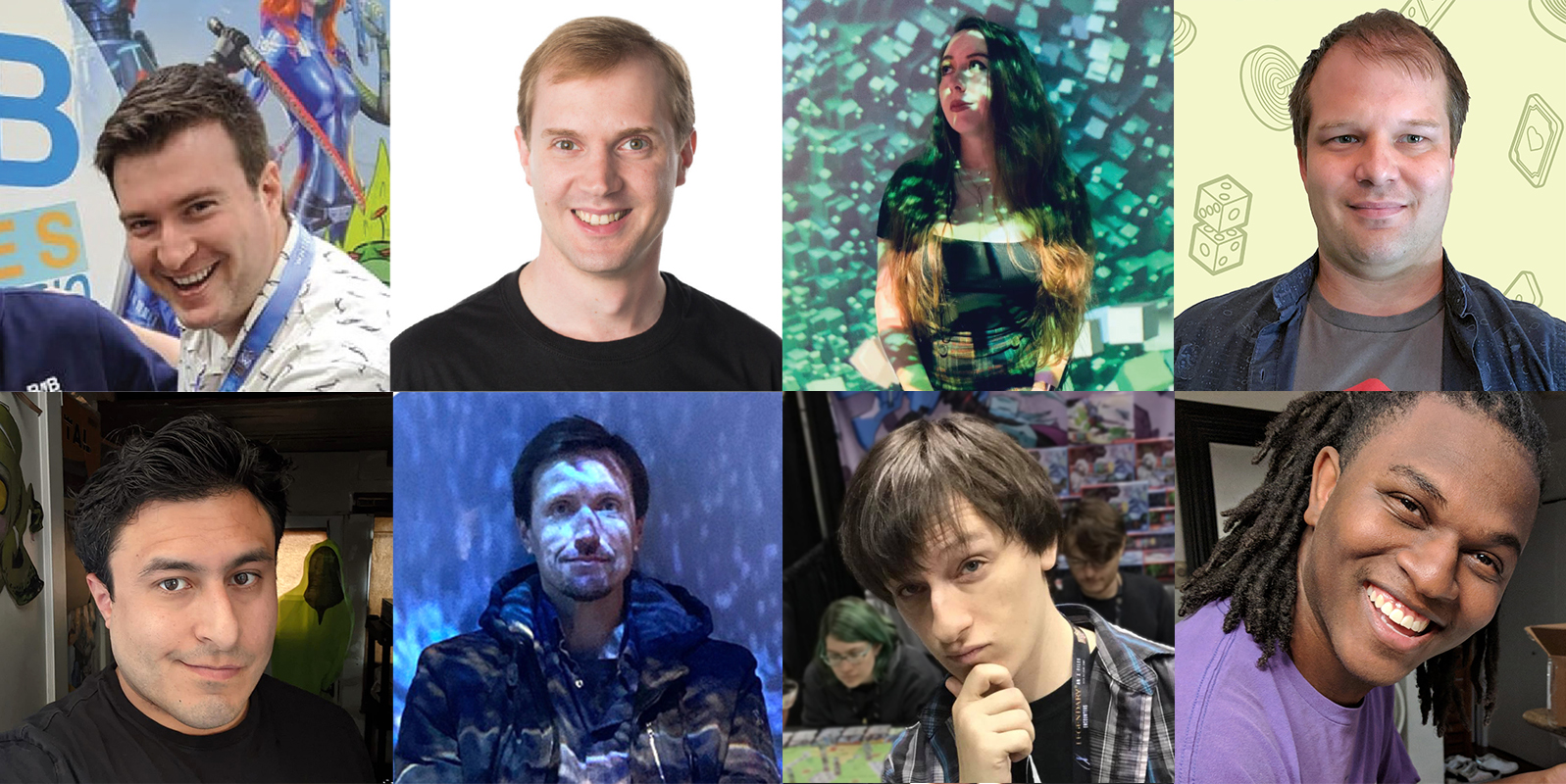 Based in Sunnyvale, California, Brieger Creative is an independent studio of boardgame developers specializing in helping publishers and licenseholders turn prototypes into marketable products. Founded by former Apple Inc. designer John Brieger, we leverage our deep knowledge on product development processes & design research to get your game rigorously tested with a broad set of players covering your target demographic. Read more about our team below.

We work on a flat fee on a project by project basis for most development and production work. Commissioned design work typically involves a flat fee and a low royalty. Quotes upon request.

John Brieger is a boardgame developer based in Sunnyvale, CA with a background in qualitative research. His recent clients and licensees include Thunderworks Games, Deepwater Games, IDW Games, and many more. You can find him nattering on about timeloops or hanging out with California's shaggiest dog, Poppy.

John Velgus is a game designer and developer based in the San Francisco Bay Area. Recent clients include Indie Boards and Cards, BARD Games, Underdog Games, Perplext, and Zobmondo!! He enjoys games of all kinds and is serious about fun.

Michael Dunsmore is a game designer and developer who has worked with Smirk and Dagger Games, Alley Cat Games, BoardGameTables.com, Crafty Games and more. A former professional ballet dancer he brings his creativity and knowledge of entertainment to create games that connect people through interesting player interactions. A lifelong miniatures gamer, when not at a game meetup you'll often find Michael at his desk painting new additions to his collection.

Our partnership with Quillsilver Studio expands Brieger Creative's ability to deliver world-class games — they've become integral parts of our creative team on a number of upcoming titles for clients including Thunderworks Games, Everything Epic Games, and Nighthawk Interactive.

A lifelong gamer, Brenna Noonan has been developing, producing, and marketing board games since 2017. Her credits include Everdell and its expansions, A War of Whispers, Anomaly, and Archmage: Ascendant, among others. Brenna loves games that have a strong storytelling or narrative element, and that encourage the player to make significant choices. She can often be found poring over RPG books and tweaking her Magic decks.

Dann's love of imaginative worlds and tabletop games started with a childhood introduction to the "red box" Basic Dungeons & Dragons, and he's still happily adventuring! He's been working professionally in the tabletop games industry for ten years, with a background in visual arts, software development, and creative direction. Dann's work extends from product design, art direction, and graphics, through to game development or additional design on titles including Black Orchestra, Planetarium, Storm Hollow, Everdell, and A War of Whispers.