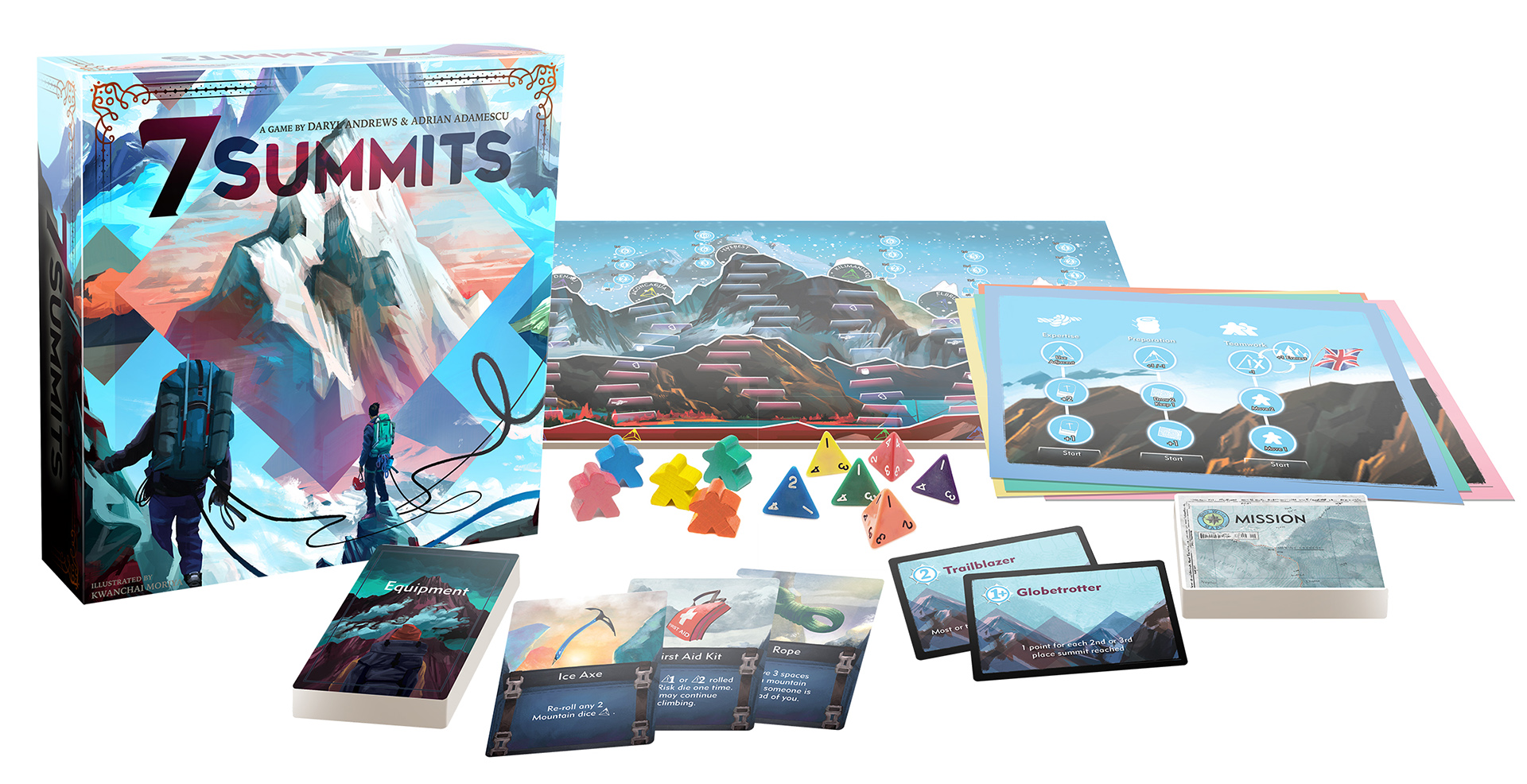 7 Summits was designed by Daryl Andrews and Adrian Adamescu and is published by Deep Water Games. In the game, you are a team of world class mountain climbers. Use the dice to your advantage to climb the tallest mountain on each of the seven continents, upgrade your equipment, and advance your skills. Will you be the first to climb them all?

In this dice drafting game, you'll choose a die to climb its associated mountain; you can stop early to play it safe, or press on for the summit. But watch out — each time you press on, you run the risk of an avalanche!

After some development from Deep Water Games, the Brieger Creative team was brought on to complete 7 Summits gameplay development and art direction. Gameplay development included content design for additional mission and equipment cards to give the game more variety, and balancing on the incentives within the game — reworking where bonuses were given on the board and how victory points were awarded.

In addition to gameplay development, we art directed the interior of the game and assembled pre-press files. Exterior and board art from Kwanchai Moriya was complete before we began, and we directed interior artist Sean Seal and UI artist Megan Cheever to build out the world of 7 Summits in a consistent style.

"Without missing a beat the Brieger Creative team nailed every single aspect of the game — from development, to content, to art direction and producing print ready files. Not only did they produce a top notch game but they also took an immense amount of stress off our team by knowing we could rely on them fully." — Nolan Nasser, COO, Deep Water Games 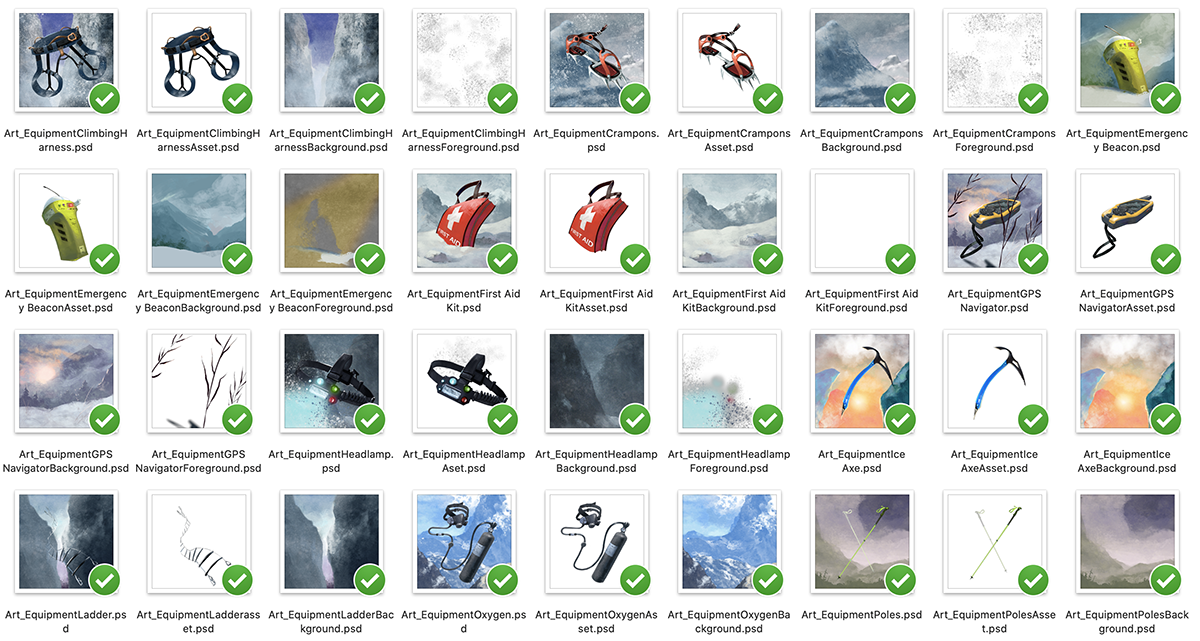 Our producer, Chris Solis, managed a team of freelancers including development from our side as well as external graphic designers and interior artists. A focus on integrated art and development cycles meant we could progressively lock assets as we hit different gameplay development milestones and speed up time to go from prototype to product.

Having development and production working in parallel also allowed us to develop and test graphic design solutions. Brieger Creative developed direction for board layouts, card layouts, and iconography to streamline play and increase game usability.

One small example is the "Plateau" line on the game board. Originally, we had spaces that were exactly on the line, which the game referred to as "reaching the plateau". However, during development we saw some player confusion on what this meant. At the suggestion of production, we moved all spaces to be above or below this line and switched game terminology to "above the plateau". Spaces below the plateau adjusted their coloring slightly as a visual aid. Player confusion immediately dropped in subsequent tests.