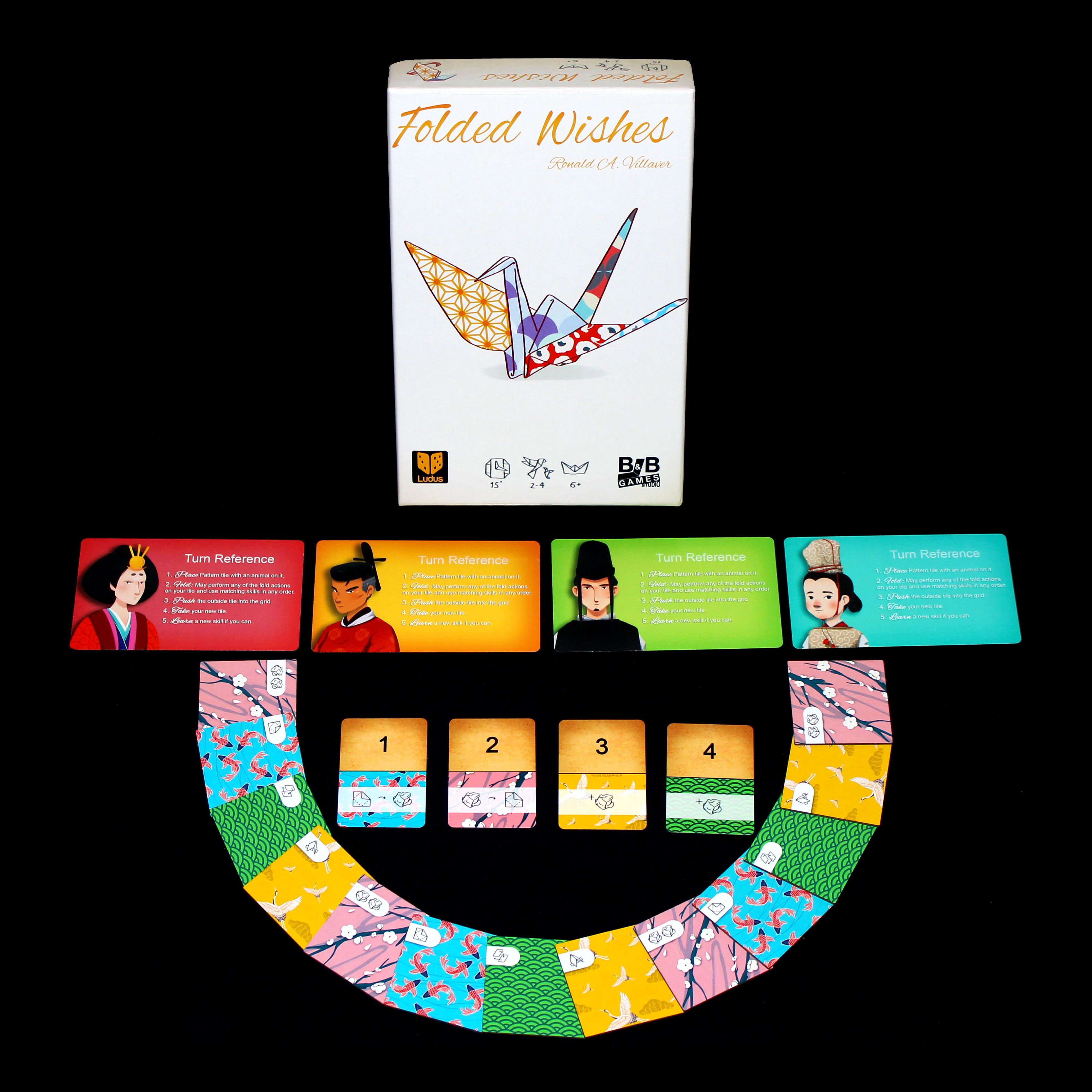 Folded Wishes, designed by Ronald Villaver and published by B&B Games Studios, is a abstract game played on a grid of ever-shifting tiles. Each turn, you connect a paper pattern tile to the grid of tiles in the center of the table. Each pattern tile has a fold action that lets you change positions of animals in the grid. Then, you push your tile into the grid and take a new tile for your next turn. Folding your animals into specific shapes in the grid lets you learn new skills to make your folds even more powerful.

The origami crafter with all four of their origami animals in a straight vertical, horizontal, or diagonal line inside the grid of pattern tiles earns the favor of the emperor and wins!

In addition to wooden animal pieces, Folded Wishes comes with sheets of origami paper so that players may craft their own pieces.

"John's a great help to me as a new designer. Bridging core designs with industry appeal and trends, giving designers new perspectives beyond their design vision." — Ronald Villaver, designer of Folded Wishes 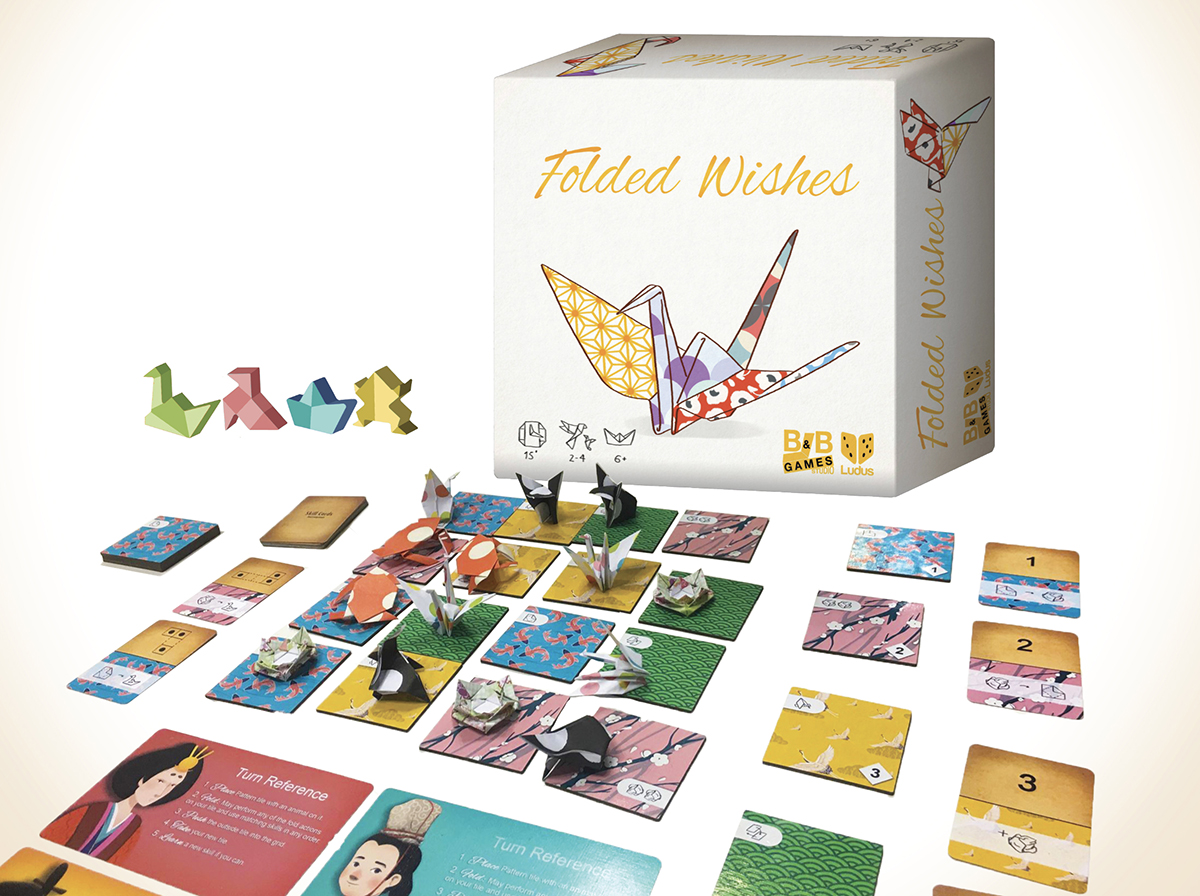 Folded Wishes came in as a microgame capable of fitting in a mint tin, and part of development was understanding how to push the components and production to hit a $20-30 price point that fit in line with other small box offerings. Working with Floyd Lu of B&B Games, Brieger Creative rethemed the game from space trading to origami and designed a new system that gives the game a small arc (learning skills). 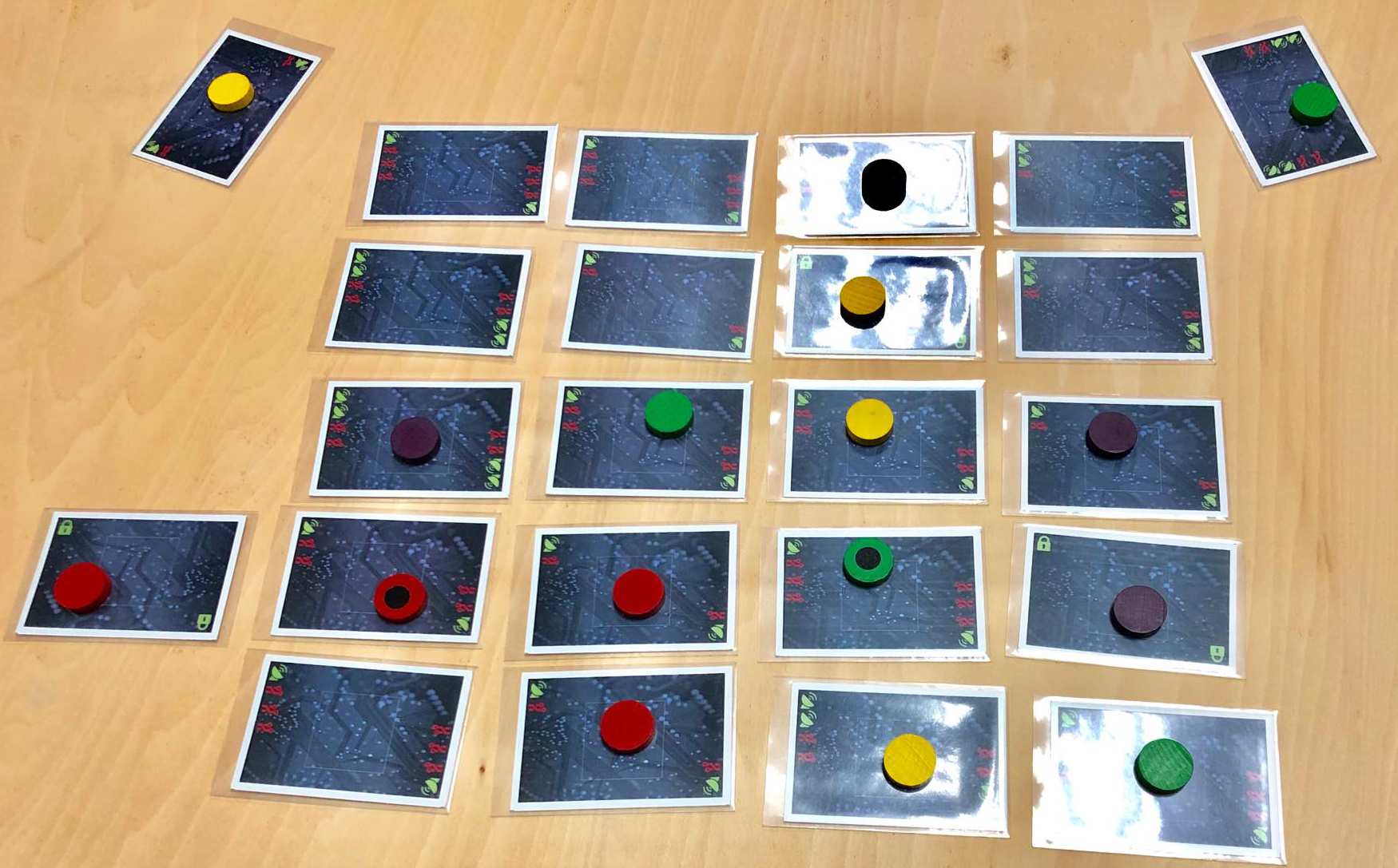 Component choices were a key factor in the development of Folded Wishes. We moved the game from mini-cards to tiles to reinforce the physical, sliding nature of the game, and developed angular, origami-like meeples as player pieces.

The 20 sheets of origami paper included in the box allow players to fold their own pieces if they follow the instructions in the back of the rulebook. This option touch reinforces the theme and gives the game an additional marketing angle as a craft activity.

A key part of building the game up from a micro-game was the addition of the "Skills" system, which provided additional replayability and a small game arc where players improve during the course of a play. Moving additional moves into the Skills meant that each tile could be simplified to a single ability, which made the game easier to learn and board states easier to evaluate.

"The basic goal of connect 4 is easy, but the game board and meeple movement is complex and delightful." — Dave Fitzgerald II, The Legal Geek

"A fast thinky game which our lunch game group enjoy." — Your Turn PH